You are here:  Home » Archive by category "Communications"

Posted by  at Aug

How managers are incorporating visuals into their presentations

Posted by  at Apr

How managers are incorporating visuals into their presentations As a manager, one of the more challenging elements of your role is being mindful of how you communicate with staff members. Your team looks to you for direction, guidance, affirmation, or correction, and if what you say is not clear each team member may perceive your […]

How to train your brain

Posted by  at Jan 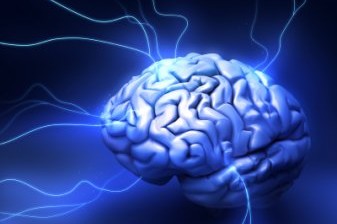 How to train your brain The human brain contains approximately 100 billion – yes that’s right – billion neurons. Neurons are the nerve cells within in our brains that help us to function and essentially live, and the 100 billion that each of us possess are capable of storing up to 2.5million GB of information, […]

THE SOUTH PENINSULA COMMUNITY ART GALLERY ONE YEAR ON!

Posted by  at Mar

THE SOUTH PENINSULA COMMUNITY ART GALLERY ONE YEAR ON! Established at the end of 2015, the South Peninsula Community Art Gallery has been successfully operating as a vibrant local arts hub in Kommetjie village! With a space that currently encompasses the works of over sixty South Peninsula based artists, across all genres and mediums, it […]

Posted by  at Nov

Persian Clairvoyant, Aida, took a look at Donald Trump’s recent election as President of the United States of America – here is what her reading says: Donald Trump and the US Presidency The entire world is in state of shock at America’s choice of a new president. While majority of people in the world are […]

Posted by  at Oct

This Friday and Saturday the 21st and 22nd of October, the Cape Knifemakers Guild will be holding their annual Knife Show at Jansen Hall in Milnerton to showcase and sell their wares. Each of the unique knives on display and for sale have been handmade by guild members. So if you would like to see […]

Why 999 is so important this Friday! Written by Aida Persian Clairvoyant

Why 999 is so important this Friday! Written by Aida Persian Clairvoyant Angelically and numerologically speaking, this Friday (09/09/2016 or 999) is going to be a very special day according to many beliefs around the world. Numerologicallly speaking 09/09/2016 equals 9+9+9=9 which is a very important message. Let’s have a look at number 9 through […]

THE 2016 FACE OF OXY SUPERHEROES HAVE BEEN FOUND!!

THE 2016 FACE OF OXY SUPERHEROES HAVE BEEN FOUND!! Bruce Wayne aka Batman, said that anyone can be a hero, and this weekend two local South African teens have been given their chance to become real super heroes. 17 year old Capetonian Jayde Scagell, and 19 year old Sandile Lucky Ntuli from Gauteng, were chosen […]

THE CAPE KNIFEMAKERS GUILD ANNUAL SHOW IN OCTOBER Rewind back to a time before the Game of Thrones and Forged by Fire on Discovery, and for the majority of us, kniveswere something you ate with and referred to when speaking about the Knights of the Round Table. But now – now it has all changed, […]